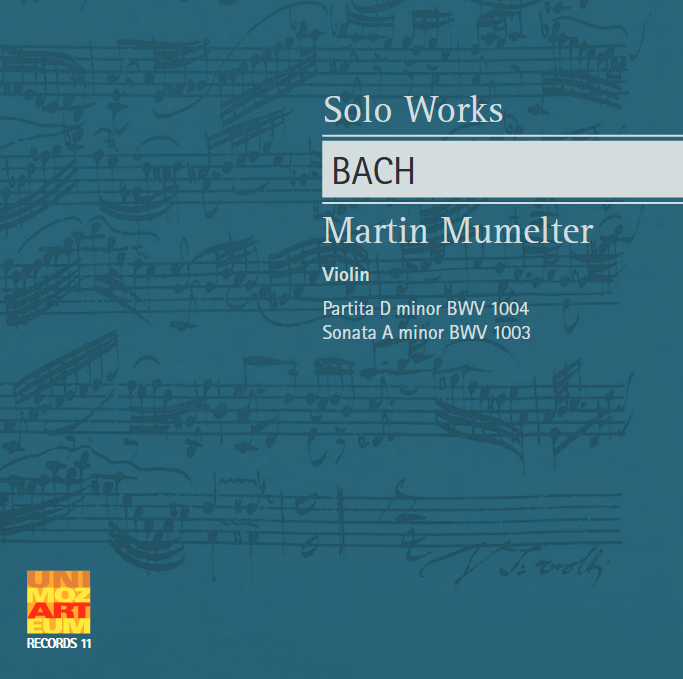 First recordings and performances in childhood under the patronage of my teacher Wisata, who had studied with Adolf Busch, among others. Further Bach studies in the USA with Jani Szanto, who had been Henryk Szeryng’s coach and friend during his epochal Bach productions, Furtwängler’s concertmaster and duo partner and last but not least a friend of Max Reger: Bach-reception through the eyes and ears of late Romanticism at its best, from the time of Casals’ departure. Then the breakthrough of historical performance practice. Innsbruck and Hall at the forefront. As always, I learn the most from my partners, and that also flows into my solo work. Finally this recording, which with the Chaconne also contains a sacred object of a special kind. Recorded in 2016. In the preparation and during the recordings, I receive substantial feedback from my long-time student and assistant Masayoshi Matsui, who after the brilliant completion of his violin master’s degree completed an equally successful composition study with Adriana Hölszky and as a third master a study of music theory. This puts us where I wanted to be: Bach as the newest of New Music.

The instruments (violin and bow) also combine the historical and the modern. For comparison, there is an unprocessed rehearsal recording, live with modern instruments, on vimeo.

For details see the booklet