Writing has always accompanied my playing. You can find some details in my biography, some others here on this page. Here are the most important titles:

For the table of contents and details go HERE

To read an excerpt go HERE

And here for the SHOP

It seems a wild and yet composed thing. Of course there is a lot from the world outside incorporated, but from the autobiographical humus the most diverse autonomous plants grow. In other words, as in ancient theatre, some figures wear a characteristic mask, which may be shaped according to a model they may have seen themselves, but then experience their own tragedies and comedies. I am constantly asked about the autobiographical part and answer that this is more like a dream in which acquaintances appear, but represent something different than in reality: inner truths that are far more important.

Luzius Keller‘s appraisal is particularly gratifying to me for several reasons: on the one hand, the reference to Bakhtin‘s and Calvino‘s theories on the modern novel acknowledges the claim to a complex compositional structure that strives for a powerful effect of its own, as in a musical work; on the other hand, Keller is not only the epochal Proust editor and translator known worldwide, but also a music expert and passionate violinist. I didn’t know all this when I wrote “Proust for President” years earlier and not later when I contacted him about a musical detail in Proust’s work.

(together with Magdalena Pattis)

For the table of contents and details go HERE

To read an excerpt go HERE

And here for the SHOP

Magdalena Pattis and I were married, we have two children together. When she died at a far too young age in 2007 after years of illness, she left behind a wealth of texts, including the sketches for two satirical crime novels and many miniature studies. We had discussed our texts regularly, read them to each other, discussed concepts, spun plots, and laughed a lot. It was unthinkable to publish the fragments from the estate, most of them without context, finished brilliant scenes interspersed with buzzwords, storylines that went into emptiness, some with a beginning but no end, others with an end but no beginning. Some time after Magdalena’s death, I started to look at these lyrics. Leaving them to oblivion seemed as unthinkable to me as publishing them unedited. So I started to spin the threads further and got deeper and deeper into writing novels. Notes from her diaries, which had also been preserved, were added, the texts slowly merged into a whole, and something new also grew from my side. There is a documentary version that shows which parts of the text originate from whom; in the end, almost exactly half of the text originates from each of us, but everything is interwoven. I am solely responsible for the composition. Creating it step by step over the years has led me to embark on a completely different project that had been smouldering for a long time: my first own novel, Spiegelfuge. 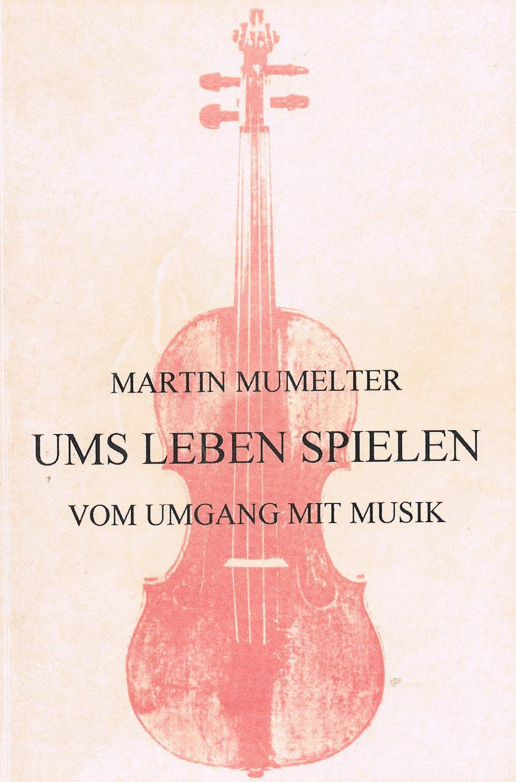 What is the significance of the borderline experiences music conveys? How much are they worth in reality? Are they consequences of escapism or do they reveal hidden dimensions?

In his book “Ums Leben spielen”, Mumelter takes stock of his engagement with composers, music partners, and audiences, and traces the emergence of art from the position of the performer, who “stands like a conduit between authors and recipients”. The focus is on the interplay of artistic experience with fundamental questions of philosophy, “which catch up with all of us if we do not deal with them ourselves”. (Publisher’s text)

Currently out of print in 2nd edition (2013). Some remaining copies can be ordered from the author. 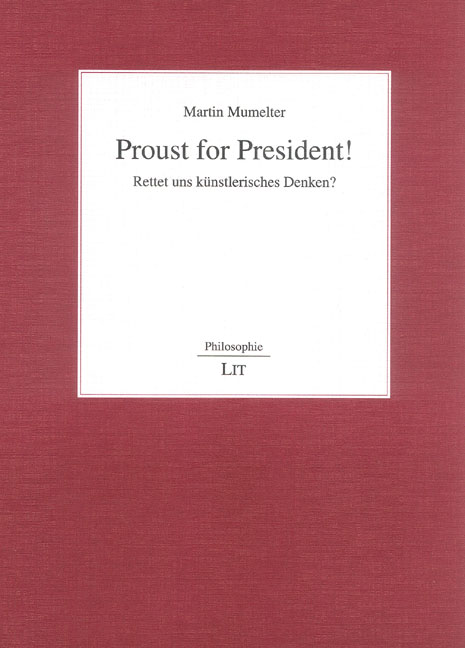 Among other things, this book (2004) points out the need to offer young people more meaningful jobs than vegetating in refugee camps, since otherwise they will almost inevitably become disciples of demagogues. Unfortunately more topical than ever.

Marcel Proust’s work as the sum of Western culture, which has more to offer the world than mere imperialism? Kitaro Nishida, the authoritative philosopher of Japan from the same epoch, as Buddhist champion of this West? Where would such westernity be located now? What do the artistic qualities that determined Proust’s moments of musical rapture mean for our foundation of reality; what does artistic thinking in today’s decisive political and religious conflicts refer to? 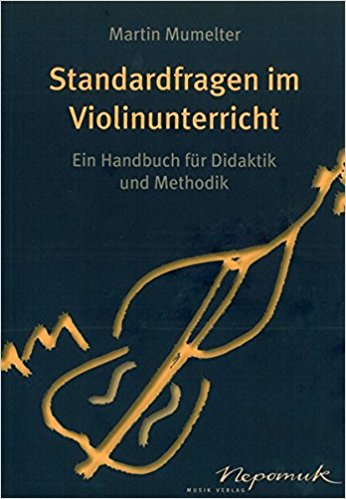 Read it, and you may save yourself some trouble practicing and teaching, and expensive lessons! Life is too short to invent all the wheels yourself, especially when playing the violin!

The spelling is slightly irritating for some, because the original Swiss publisher changed every ß into ss.

On writing as a violinist

Above all, the artist is a means. With all compositional art, all analysis: in the best case “it plays” and “it writes”. Sometimes it speaks in different tongues.

The brilliant violinist Julia Fischer plays the violin as effortlessly as the piano. Clara Haskil got up from the piano during a recording session, grabbed Arthur Grumiaux’s Stradivarius and amused him with a performance of Mendelssohn’s Violin Concerto. She probably was paying him back for accompanying himself on the piano during a playback recording of a violin sonata by Mozart. Again and again one finds the phenomenon of the so-called multi-talented. Some of my students demonstrated this impressively. When asked about it, Fischer said she did not see it as two talents, but as varying activities of one and the same expressive will. While as a (miserable) pianist I cannot act this way, I do as an author. From childhood I played violin and wrote playfully, and it was one and the same for me, expressing myself with the the means seeming the best ones in the very case. Before I could read notes, I set to music a poem I had made myself and arranged the curly letters in wavy lines that indicated the melody.

Diese Webseite benutzt Cookies. Wenn Sie die Webseite weiter nutzen, stimmen Sie damit der Verwendung von Cookies zu. This site uses cookies. If you continue, we will assume that you are happy to receive all cookies on this website.OK
Go to Top